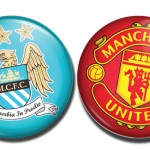 Manchester City midfielder David Silva will miss Sunday’s derby against Manchester United in the Premier League after being ruled out for around three weeks with a knee injury. Fellow midfielder Yaya Toure is expected to feature despite being withdrawn during Wednesday’s Capital One Cup loss to Newcastle amid concerns about a groin problem. Former England midfielder Frank Lampard is still expected to be absent with a thigh injury but playmaker Samir Nasri appeared to make a successful return in midweek from groin surgery.