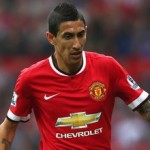 Manchester United ran riot as they stormed to a hugely impressive 4-0 victory over QPR at Old Trafford.

New striker Radamel Falcao was left on the bench – with Louis van Gaal strangely claiming he was “jetlagged”, despite having returned from international duty a week ago – but his absence didn’t matter, with Angel Di Maria, Ander Herrera, Wayne Rooney and Juan Mata all getting on the scoresheet.

Marcos Rojo and Daley Blind both started on debuts and both impressed in a 4-4-2 formation, while Falcao eventually came on for the final 20 minutes – though his only action of note was to fluff a one-on-one with the keeper.

Not that it mattered: Van Gaal’s men looked superb, and though it was only against a mediocre QPR side the display will leave United fans convinced that they can bounce back from last season and contend for the title.