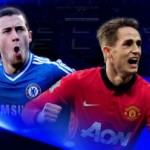 Chelsea face the prospect of having veteran Didier Drogba as their only fit striker for their visit to Manchester United on Sunday in what is usually one of the standout matches of the Premier League season.

Jose Mourinho’s league leaders will definitely be without their nine-goal top scorer Diego Costa, who has a hamstring problem.

Frenchman Loic Remy is also a doubt after injuring himself while scoring Chelsea’s opening goal in their club record 6-0 Champions League victory over Maribor on Tuesday.

Drogba, 36, came off the bench after 16 minutes to replace Remy and scored from the penalty spot for his first goal since returning to the club following a two-year spell away.

He is Chelsea’s only fully fit regular first team striker, but Mourinho could include 17-year-old Dominic Solanke in the squad for the visit to Old Trafford, after the teenager came on as a late substitute to make his senior debut against Maribor.

Whatever the outcome Chelsea will stay top of the pile as they are five points clear of champions Manchester City with the first quarter of the season nearly completed.

Chelsea have 22 points after winning seven and drawing one of their opening eight games, with City in second place followed by the unlikely pair of Southampton on 16 points and West Ham fourth on 13.