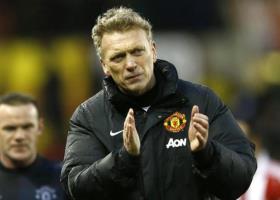 Fulham boss Rene Meulensteen is hoping club-record signing Kostas Mitroglou may play some part in the Cottagers’ Barclays Premier League clash at Manchester United. The Greece international has been ineligible for Fulham’s last two fixtures but Meulensteen will give him every chance to prove his fitness and make his debut at Old Trafford. Fellow new recruit Johnny Heitinga is more likely to feature while Lewis Holtby will return to the side after being cup-tied for the FA Cup replay defeat to Sheffield United.

Departing Manchester United captain Nemanja Vidic returns from suspension. Defender Jonny Evans (calf) is out, but fellow centre-back Phil Jones is available, even though he suffered concussion against Stoke last weekend. Midfielder Marouane Fellaini has been ruled out for one week due to a groin injury he suffered in training.