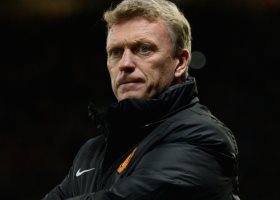 Newcastle boss Alan Pardew will make a late check on striker Papiss Cisse ahead of the trip to Manchester United.

The Senegal international missed Wednesday night’s 3-0 defeat at Swansea with a heel problem and will be assessed on Friday.

However, midfielder Hatem Ben Arfa, who did not travel to the Liberty Stadium because of illness, reported for training on Thursday and is expected to be available at Old Trafford.

David Moyes will take a late check on Shinji Kagawa before finalising his line-up.

Kagawa is suffering from a sickness bug which affected him in midweek but with Wayne Rooney missing through suspension, United could do with the Japan star being available.

Robin van Persie (groin) has been missing for a fortnight and Moyes is refusing to put a timescale on the striker’s return.

Inter Milan To Confirm The Signing Of Nemanja Vidic