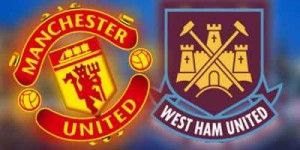 Manchester United have lost none of the last nine league games against West Ham, winning eight in a row before drawing 2-2 at the Boleyn Ground last season.

The Hammers have failed to score in six of their last eight Barclays Premier League games against Man Utd.

West Ham United have drawn five games 0-0 this season, the most in the Barclays Premier League.

The Hammers have won just one of their eight Premier League away games this season (D3 L4), failing to score five times.

Medhi Benatia Delighted To Be Linked With Manchester United