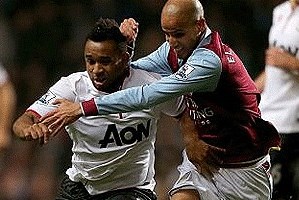 Wayne Rooney faces a late fitness test but could be available for Manchester United’s home match against West Ham United.

Last season’s top scorer Robin van Persie sidelined by a thigh strain until January and Portuguese winger Nani, who has not played since the home defeat to Newcastle United on December 7, would be out for several weeks.

The defender missed the midweek Capital One Cup win over Tottenham with a groin injury but is now back in contention.

Captain Kevin Nolan again misses out as he serves the last game of his three-match ban for his sending off at Liverpool while Winston Reid (ankle), Stewart Downing (calf), Andy Carroll (heel), Ricardo Vaz Te (shoulder) and Mladen Petric (thigh) are also absent.