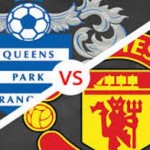 Midfielder Niko Kranjcar has recovered from thigh trouble ahead. Armand Traore will miss out with a toe problem, while Sandro (knee) and Yun Suk-Young (ankle) are both still sidelined. Unsettled attacking midfielder Adel Taarabt could feature again after coming in from the cold for QPR’s 2-1 defeat at Burnley last weekend.

Robin van Persie has a slim chance of playing against QPR. If Van Persie is ruled out, either Radamel Falcao or James Wilson is likely to come into the starting XI. Defenders Rafael (cheekbone) and Marcos Rojo (thigh) are in contention after recovering from their respective injuries, but wing-back Ashley Young is unavailable because of a hamstring problem.