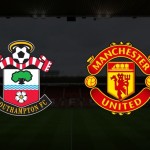 After losing to PSV in the Champions League in midweek, Louis van Gaal’s side need to bounce back against a Southampton side who are always tricky to beat under Ronald Koeman. The two Dutchmen have not always got on too well, by all accounts, so there is likely going to be a bit of added spice to the fixture on Sunday.

In addition to the context of the match, there are also some intriguing individual performances to monitor with Anthony Martial likely to be given an opportunity to shine after scoring on his debut in the last round of Premier League games. Marcos Rojo will likely come in for the injured Luke Shaw.