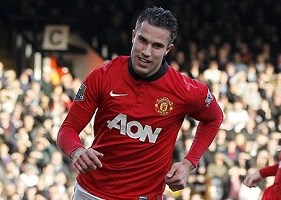 Tottenham striker Emmanuel Adebayor is a doubt for Sunday’s game against Manchester United because of a groin injury.

Midfielder Christian Eriksen, defender Danny Rose and striker Harry Kane have all been ruled out.

Manager Andre Villas-Boas is expected to recall the likes of Jermain Defoe, Kyle Walker and Paulinho, who were rested for Thursday’s Europa League win over Tromso.

David Moyes faces a tricky selection dilemma ahead of United’s visit to Tottenham.

United produced their best display of the season in hammering Bayer Leverkusen in the Champions League on Wednesday, leaving Moyes to decide whether to break up a winning team.

Marouane Fellaini is definitely available after suspension, while Moyes claims both Nemanja Vidic and Robin van Persie “have a chance” of being available.