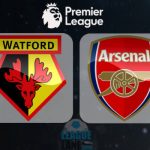 Mesut Ozil could make his first start for Arsenal this season as they go to Watford looking for their first Premier League win.

The Germany international came off the bench in last weekend’s draw at Leicester, but Arsene Wenger, who has eased his players back following their Euro 2016 exertions, has said he could play from the start at Vicarage Road, although Olivier Giroud is unlikely to be recalled.

Watford are also without a win, following a draw at Southampton and home defeat by Chelsea, and the fixtures do not get any easier for Walter Mazzarri’s side.

The visit of Arsenal is followed by fixtures with West Ham and Manchester United amid a difficult start in English football for the Italian, and Mazzarri joked he would watch Wenger’s preparations from Watford’s training ground next door.

“We will watch them (over the fence) and they will us,” he said.