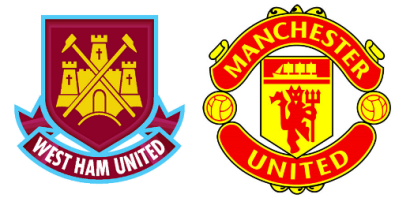 The Hammers have failed to score in six of their last nine Barclays Premier League games against Man Utd.

Manchester United have lost none of the last 10 top-flight games against West Ham, winning nine.

West Ham have dropped more points (17) and lost more games (5) from winning positions than any other team in the Premier League this season.

48 points after 29 games is Manchester United’s lowest haul of points in a Premier League season, six points fewer than their previous lowest in 1992-93.

West Ham have averaged the fewest shots on target per game this season, averaging just 3.2 per game.

The Hammers also have the lowest shooting accuracy; hitting the target with just 38% of their attempts.

Manchester United have kept three clean sheets in a row away from home in the Premier League – the last time they managed four in succession was April 2013.

The Hammers haven’t won four Premier League home games in a row since May 2002, when they beat Bolton in the last game of that run who were managed at that time by Sam Allardyce. Shinji Kagawa Out For Four Weeks With Knee Injury