Reports are out claiming that PSG are ready to revive their interest in unsettled Manchester United striker Wayne Rooney. 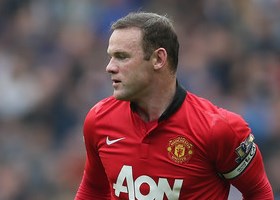 The Mail on Sunday reported that should Louis van Gaal’s appointment as Manchester United manager go through this week, Rooney’s future at the club will be cast into doubt.

Already there have been rumours Rooney is worried about his prospects if the Dutchman gets the job.

Chelsea are unlikely to be interested any longer and no other English club would want to meet Rooney’s transfer fee and wages.

PSG though would, despite them facing sanctions from UEFA (in the Champions League) under Financial Fair Play regulations.

The ambitious French club were poised to make a move for Rooney in January but United decided to meet his pay demands.