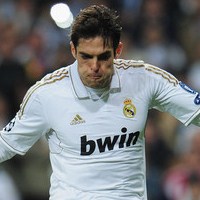 It has been revealed that PSG chief Leonardo has cooled talk of landing Real Madrid midfielder Kaka.

Leonardo also denied he is good friends with his former AC Milan teammate.

“I have no personal relationship with Kaka, upon which everyone has been basing this proposed transfer,” the former Selecao star told Le Parisien. “In fact, Kaka is no longer a priority.”