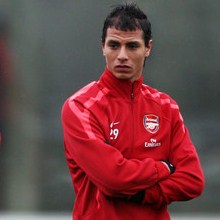 Interesting news are out and it has been revealed that Paris Saint Germain are ready to spend big to land Arsenal striker Marouane Chamakh.

The Sunday Mirror reported that the Moroccan international, 27, has failed to make the expected impact at The Emirates since his move from Bordeaux to London last year.

Manager Arsene Wenger insists he is still part of his plans, but PSG’s move could prove difficult to resist.

A move to Paris could also enable Chamakh to link up with Beckham if PSG sign him up after the expiry of his contract with LA Galaxy.