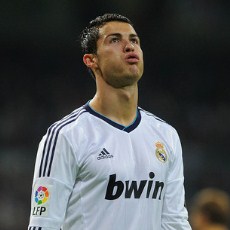 Sensational news are out claiming that PSG are lining up a €125 million bid for Real Madrid star Cristiano Ronaldo.

It is said that French media sources are buzzing with claims that PSG’s owners are convinced they can land Ronaldo with his new contract talks at Real now stalled.

The thought of coughing up such a massive fee for Ronaldo won’t concern PSG’s owners, who have already agreed to pay Zlatan Ibrahimovic over €925,000-a-week from next year to cover France’s new 75 per cent tax laws.

Real paid Manchester United a fee rising to €96 million for Ronaldo three years ago and the prospect of making a profit on the Portuguese will please president Florentino Perez given Spain’s economic problems.