Reports have emerged claiming that PSG are determined to keep Ezequiel Lavezzi away from Chelsea. 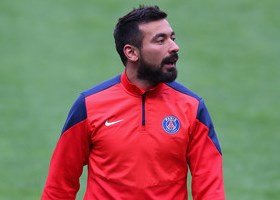 The Argentine international’s agents were in London last month for talks with Chelsea.

Sky Italia claims that PSG are set to offer a new deal to tie Lavezzi to the Parc des Princes.

A new deal would be a blow to Jose Mourinho who has made no secret of his desire to sign strikers in the summer transfer window.