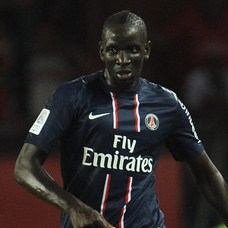 Paris Saint-Germain manager Carlo Ancelotti has declared that Mamadou Sakho is not about to leave the French giants.

The 22-year old French international is being linked with Manchester City as his future at PSG remains clouded but Ancelotti had made it clear that the player accepts the fact he has recently been out of the side.

Sakho has featured just once since he was sent off on November 11 but Ancelotti is remaining calm about a potential exit.

“The most important thing is Sakho is training well and being fit. He has greatly improved since last season,” he said.

“Sakho is not in a position to ask to leave. He will stay here because he is an important player.

“He can’t completely understand the coach’s decisions (to leave him out of the side) but that is logical.”