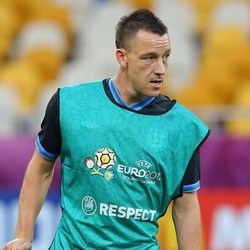 PSG have insisted that they are not interested in signing John Terry.

The Chelsea captain and England international defender has been linked with an £8million move to the French giants.

However today PSG manager Carlo Ancelotti said the centre-back would not be on his way to Parc des Princes this summer.

“We are looking for a central defender,” the former Stamford Bridge boss admitted.

“The club is in contact with some players, but not John Terry.”