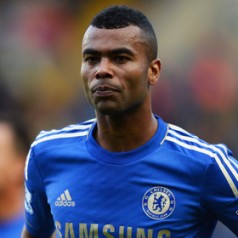 Reports are out claiming that PSG are ready to tempt Ashley Cole away from Chelsea with a massive contract offer.

The Daily Star revealed that the reigning European champions are facing a losing battle to keep Cole – with PSG prepared to offer him a whopping £250,000 a week.

The England left-back is out of contract at the end of the season and is free to talk to clubs in January.

And mega-rich French club PSG have drawn up a mind-boggling deal to try and persuade the 31-year-old to move to Paris.