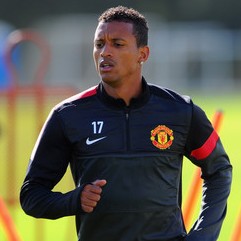 The Sun revealed that the French outfit see the Portuguese winger as an ideal candidate to replace Brazilian Nene.

PSG will face competition from Juventus for unsettled Manchester United winger Nani, who is out until the New Year with hamstring trouble.

It is said that the 26 year old is unhappy that his contract talks with United have stalled.