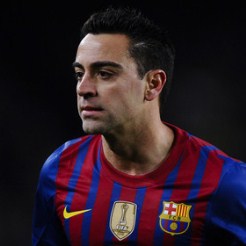 Sensational news are out and it has been revealed that PSG are ready to launch a mega bid for Barcelona midfielder Xavi.

According to AS, the French giants have already sounded out Xavi’s camp about his interest in moving to France and been informed if they offer is right, he’ll quickly pack his bags.

The stumbling block will be Barca, which will refer PSG to Xavi’s €80 million buyout clause.

PSG are backed by massive Qatari money and given Barca’s reliance on the Qatar Foundation’s sponsorship cash, developments could get tricky for the faltering European champs.