Interesting transfer news are out claiming that PSG are preparing a January bid for Chelsea ace Juan Mata. 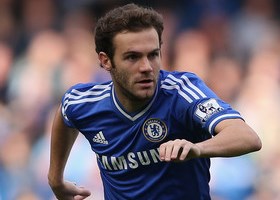 It is said that the French giants are set to launch a £40m offer for the Spain international.

According to reports in France, the big spending Ligue 1 champions are huge admirers of Mata, 25, and want to test his resolve to staying at the Blues by offering him a regular starting berth, says the Daily Star.

Arsenal, Liverpool, Manchester United and Tottenham have all been monitoring Mata’s situation with a view to stepping up their interest in the January transfer window.