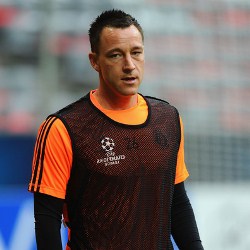 Reports are out claiming that PSG are launching a shock bid for Chelsea captain John Terry.

The Daily Mail reported that the French giants are lining up an £8million bid for Chelsea captain Terry.

Despite the controversy over his selection, Terry impressed during his four appearances for Roy Hodgson’s side this summer.

And PSG, managed by former Chelsea boss Carlo Ancelotti, are chasing the 31-year-old after a £45m move for AC Milan’s Thiago Silva fell through.

PSG would have no problem matching Terry’s £160,000-a-week deal he enjoys in London.

Sporting director Leonardo said: “Terry is close to Carlo Ancelotti, but that is all.” Marseille Insists Arsenal, Chelsea Target Will Only Leave For €35M