Reports are out claiming that PSG have joined the battle for Schalke midfielder Julian Draxler. 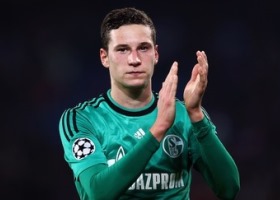 The Daily Star reported that Arsenal, Chelsea and Manchester United will face competition from French giants PSG in the race to sign young German star Draxler.

The German international’s performances have not gone unnoticed, with Arsenal, Chelsea and United all keen to secure his services despite Schalke general manager, Horst Heldt, confirming he will remain with the club until next summer.

The German international previously stated his desire to play for one of Europe’s biggest clubs and according to reports in France PSG have entered the race.

Draxler told Kolner Stadt-Anzeiger earlier this month: “I’m telling you honestly that my dream is to play for one of the big clubs at some point.

“If you want to achieve the big goals, which every world class player has, you have to play at the biggest clubs.

“These are Real, Barca, [Manchester] United, Arsenal and Chelsea.” Nuri Sahin Linked With A Move To Manchester United Mesut Ozil Confident Arsenal Can Progress To The CL Quarterfinals