It has been reported that PSG chiefs recognise there’s still some way to go before they strike a deal for Manchester United winger Angel di Maria. 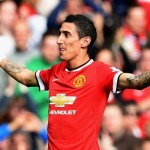 United are standing by their €75 million valuation for Di Maria, who is in two minds about whether he should move to Paris for the new season.

PSG are reluctant to go higher than the €60 million they paid Napoli for Edinson Cavani two years ago.

Reports of personal terms being agreed are also wide of the mark, says Le Sport 10, with Di Maria’s agent, Jorge Mendes in direct talks with PSG president Nasser Al-Khelaifi over the Argentine’s contract.

Di Maria is demanding €12.5 million-a-year to move to Paris, while Al-Khelaifi is reluctant to go higher than €10 million-a-year.