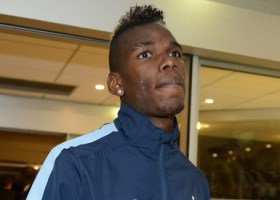 The Daily Star reported that the French international midfielder had been expected to sign a new four-year contract with the club after a superb debut season in which he helped his side capture the Serie A title.

However according to reports in Italy, PSG are keen to secure Pogba’s services and hope their interest with prevent him committing his future to Juventus.

Arsenal and Chelsea both failed in their attempts to bring Pogba back to the Premier League in the summer only a year after he departed Manchester United on a free transfer.

And they’re likely to renew their interest in the new year.