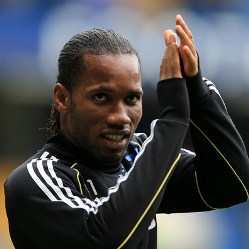 “Yes, I would really like to play with him,” said Sakho when asked about Drogba.

“I really appreciate, in view of his career, where he went, the desire he had to move and succeed, what he stands for in Africa and in his country.”