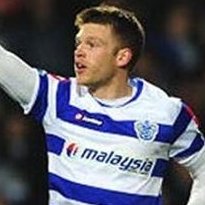 Queens Park Rangers were held to a 1-1 draw by Aston Villa in Harry Redknapp’s first home match in charge.

Redknapp’s return to Premier League management has attracted plenty of attention and the former Tottenham Hotspur manager was looking to guide QPR to their first win of the season.

The 65-year-old will have been pleased with what he saw from his side in the first hour but the Hoops lost momentum and Villa held out comfortably enough at Loftus Road.

QPR came out of the blocks quickly and enjoyed much early possession but fell behind to a well-struck shot from Brett Holman, his first goal for the club.

The lively Jamie Mackie restored parity with a glancing header, although an entertaining half was marred by a serious looking injury to Stephen Mbia who was stretchered off.