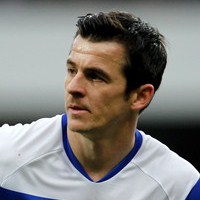 Mark Hughes got his first Premier League win as Queens Park Rangers manager as his side beat bottom club Wigan Athletic 3-1 at Loftus Road thanks to some marvellous goals from both sides.

The home side took the lead through Heidar Helguson’s 33rd-minute penalty, and they were 2-0 up at half-time thanks to a spectacular free-kick from Akos Buzsaky.

But Wigan pulled one back as Hugo Rodallega netted a wonderful effort of his own and, as the match opened up late on, Helguson missed a second spot-kick before Tommy Smith restored QPR’s two-goal advantage with an 81st-minute screamer.

It was only a second home league win of the season for QPR, but it was a vital one as they moved out of the relegation spots, leaving Wigan propping up the standings.

With both sides languishing in the drop zone at the start of play and in swirling conditions in West London, it was perhaps unsurprising that the first half was a nervous, scrappy affair.