Reports are out claiming that QPR are chasing Lokomotiv Moscow midfielder Lassana Diarra. 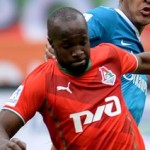 The Mail on Sunday reported that the 29 year old Frenchman blossomed under manager Harry Redknapp while at Portsmouth and was part of the 2008 FA Cup winning side.

Redknapp had paid a bargain £5.5million to rescue him from Arsenal where he was struggling to make a breakthrough. Just a year later he sold Diarra to Real Madrid for £18.8m.

Diarra would cost around £6m but may be allowed to leave on loan if QPR pay his £80,000-a-week salary.