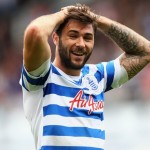 It has been reported that QPR have reportedly warned any interested clubs that Charlie Austin will cost £15million.

Newcastle United are being heavily linked with the 25-year old striker in recent weeks as his departure from Loftus Road following QPR’s relegation looms closer.

However, the Daily Mirror suggests that the west Londoners do not plan on losing Austin for anything less than the aforementioned fee.