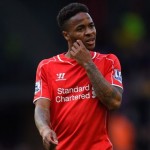 It has been reported that QPR could land as much as £12.5million if Liverpool sell Raheem Sterling.

The Daily Mail reports that the R’s are in for a windfall if Sterling exits Anfield this summer as there was a clause in the contract he signed with the Reds.

The west London club had a 20% sell-on clause in the £500,000 deal Sterling signed with the Reds in 2010 and could now pocket millions depending on how much 20-year old winger leaves Merseyside for.

Some reports suggest that the Chelsea, Manchester City, Manchester United and Arsenal target could fetch as much as £50million.