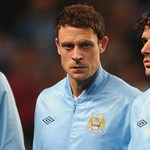 The Mirror revealed that QPR are keen to land Manchester City’s former England left-back Bridge on loan until the end of the season.

The ex-Chelsea defender has barely played for City since returning from last season’s loan spell at West Ham, whom he failed to help stay in the top flight.