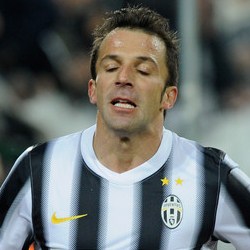 Reports have emerged that Arsenal are ready to compete with QPR for Juventus icon Alessandro del Piero.

The Juve captain will leave at the end of the season and has lucrative offers from MLS clubs LA Galaxy and Montreal Impact on the table.

However Del Piero favours continuing his career in Europe and is aware that Arsenal and QPR want to take him to England for next season.

Both Premier League clubs see Del Piero’s experience as an attractive asset and believe he still has plenty to offer.