Reports have emerged claiming that QPR striker Loic Remy is in talks with Arsenal and Liverpool. 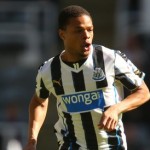 The Daily Mail reported that the French international striker has held talks with Liverpool and Arsenal over a summer move, according to a source close to the player.

Former Marseille man Remy is contracted to QPR until 2017 but spent last season on loan at Newcastle United, with the 27-year-old impressing during a Premier League campaign of mixed fortunes for the Magpies.

Arsenal have long been linked with Remy while Liverpool are seeking to bolster their squad ahead of a campaign in which they will face the added demands of Champions League football, having clinched second place in the Premier League during a season in which they had no European distractions.