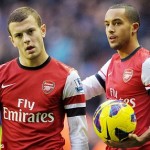 QPR will welcome Bobby Zamora back from his three-match ban. Rangers have already been relegated from the Barclays Premier League and could still be without on-loan Tottenham Andros Townsend (hamstring) and Christopher Samba (knee), although the latter has a late fitness test. Shaun Wright-Phillips (ankle) and Andrew Johnson (knee) will miss the remainder of the season, both having undergone surgery.

Arsenal will again be without suspended striker Olivier Giroud. Theo Walcott, who scored against Manchester United, and Lukas Podolski are both pressing for a central attacking role. Goalkeeper Lukasz Fabianski (rib) remains sidelined, while midfielder Abou Diaby (knee) is a long-term absentee.

Harry Redknapp: “There is more chance of this squad doing a Wolves than there is of winning the league next season. We need to change things round, shift some out – we need to get a few brighter, better players in. The squad here now wouldn’t get you out of the Championship next season. Chairman Tony Fernandes knows that. The whole thing needs changing but it isn’t going to be easy.”

Arsene Wenger: “I respect my contracts. I want to stay (on past 2014) if I do well and if I consider or the club considers that I do well, that is all. I want this club to do well, that is my basic feeling. We have gone through a period that was very sensitive, we are coming out of it now, in a much stronger position financially. I believe the club is in a very strong position for the future. I believe a big club should be run where everybody does his job and I try to do my job. The only thing I can say is that I do it with a lot of commitment and a lot of loyalty. I try to do as well as a I can for this club.”