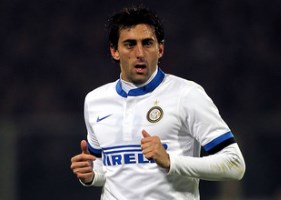 Reports have emerged claiming that Racing Club president Victor Blanco has declared they have the commitment of Inter Milan striker Diego Milito.

It is said that Blanco was in Milan during the week for talks with Milito and has confirmed an agreement.

A Racing delegation will travel to Italy next week to wrap up the deal.