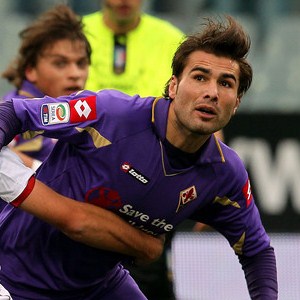 Fiorentina outcast Adrian Mutu is set to end up in the La Liga with Racing Santander.

It has been reported that new Racing owner Ahsan Ali Syed is aiming to make a big splash with a big-name signing this month.

It is also believed that Birmingham City striker Nikola Zigic is his prime target, but Ali Syed could also bring troubled Romanian attacker Mutu to Santander in the coming days.

The former Chelsea striker is available from Fiorentina after falling out with management.