It has been revealed that Monaco striker Radamel Falcao has spoken about a possible transfer to Chelsea, having been watched by Blues boss Jose Mourinho in the friendly between the two World Cup qualifiers, Colombia and Belgium. 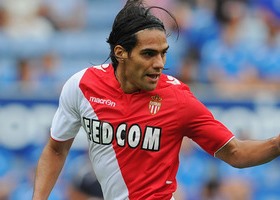 Falcao was asked about Mourinho’s presence in the stands at the King Baudouin Stadium.

“He came here to see good football, played by good players and to see a good spectacle,” he told Sky Sports News.

Asked about an interest in moving to England, the Colombian star said: “The Premier League is one of the most important in the world but I am playing well and enjoying Monaco.” Loic Remy Wants Out Of Chelsea