It has been reported that Napoli coach Rafa Benitez was delighted with his players after their superb Champions League win over Marseille. 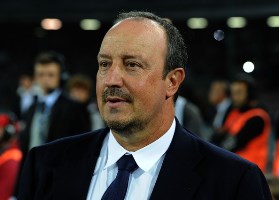 The Azzurri fought back to win 3-2 last night.

The Italian said : “Clearly for us winning this game and reaching nine points was very positive and a Coach has to be satisfied,”.

“Could we have done better? Yes. I liked the way we reacted to going behind very much and with the third goal we could’ve scored a fourth.

“I think winning three of the opening four Champions League games was very good for a club like ours.”