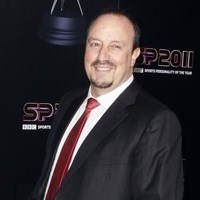 Reports are out claiming that former Liverpool and Inter Milan boss Rafa Benitez is being linked with the AC Milan post.

Secolo XIX claims that Benitez is in the running for the job.

It would be a return to San Siro for Benitez, who spent six months at Inter in 2010 before terminating his contract by mutual consent.