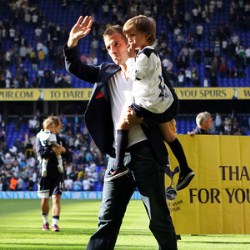 Tottenham midfielder Rafael van der Vaart has declared that he will be staying at White Hart Lane.

The Dutch international midfielder has been linked with a move away following Tottenham’s failure to qualify for the Champions League next season.

The former Real Madrid star told Novum Nieuws : “I’ve only been playing here one year and would like to continue,”.

“It is absolutely not my intention to leave. In football, you never know anything for sure but it was a very successful year for me with many goals and many assists. It’s just unfortunate that we missed qualification for the Champions League.”