Raheem Sterling is hoping to impress Liverpool manager Brendan Rodgers having started just once and made six substitute appearances in the league this season. 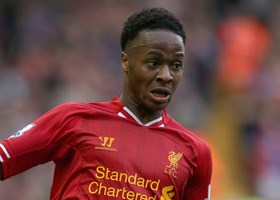 “Every day we have training, so that helps you make an impression,” the 18 year old told the club’s official website.

“To get in your favourite position on a match-day, to get a sub appearance you need to show the manager there’s something special. You’ve just got to work hard in training.”

“I’ve not played as much as I’d have liked to, but the team are doing well and that’s the most important thing at this moment in time.

“But as long as the team is winning, that’s the most important thing. I’m not in a rush.”