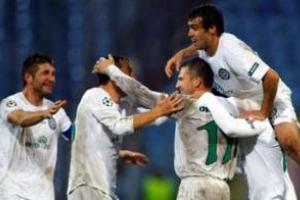 Rangers’ hopes of qualifying for the last 16 of the Champions League suffered a crushing blow after they conceded a late equaliser against Unirea Urziceni in Group G.

Allan McGregor had kept the Scottish Premier League side in the game with a string of impressive saves, but when Lee McCulloch struck 12 minutes from time Walter Smith’s men looked to have clinched a crucial victory.

However it was not to be as with two minutes to play Marius Onofras scored a spectacular equaliser to rescue a point for his team.

With two games to play Rangers are rock bottom, level on points with Stuttgart and three behind the Romanian side in second. Sevilla secured qualification with a draw against the Germans.