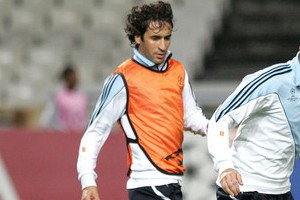 Real Madrid captain Raul has been weighing up a move to New York Red Bull since the turn of the year.

It is said thats the MLS offer has turned Raul’s head and he has been giving serious thought to the prospect of playing in the ‘States and living in New York.

It is believed that Raul is preparing to leave Madrid at the end of the season and New York’s multi-million dollar offer had been the most attractive.

However, Liverpool’s mooted interest now threatens the MLS deal, with Raul enjoying the idea of a late career experience in the Premiership.

Cristiano Ronaldo : I Don’t Care What People Say About Me!