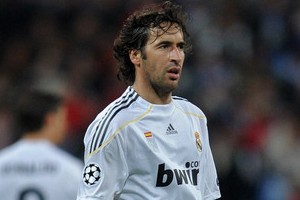 Real Madrid’s legendary captain and striker Raul has revealed that he expects to start preseason training the club despite the speculation surrounding his future.

It is said that the former Spain international is waiting to speak to new Madrid coach Jose Mourinho before making a decision on his future.

The veteran striker was back at Madrid’s training ground on Saturday as he continues to recover from an ankle injury picked up in the game against Real Zaragoza in late April.

“I will return after the holidays,” the striker told As before driving off.

Lampard : Don’t Panic, England Will Rise To The Occasion!