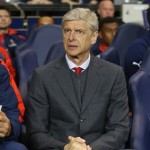 Parlour warned that the greatest difficulty the manager may have with his current side is ensuring every squad member gets their chance to shine.

He told the London Evening Standard: “I think it’s going to be tough for the manager to create space for all those players, but that’s a good problem to have.

“Wenger has good characters all over the pitch – [Nacho] Monreal, [Santi] Cazorla, even Mesut Ozil has got much better. And the British players are important, having that core of Alex Oxlade-Chamberlain, Aaron Ramsey, Kieran Gibbs and Jack Wilshere is vital. It’s just about getting the right blend.

“We had that blend when we were successful, with the French guys complimenting the rest of the squad. I think he’s on the way to having that again.”