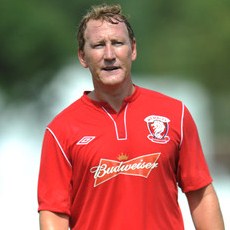 Reports are out claiming that Arsenal hero Ray Parlour has urged Theo Walcott to drop his new contract demands.

Former Arsenal midfielder Parlour thinks the England international should come out and make his decision and concentrate on his football rather than money.

“He’s got a lot of work to do on the pitch though and, at the moment, he’s not playing.

“He’s a good player, but he needs to say whether he’s staying or he’s going and then concentrate on his football.

“All these contract talks can sometimes affect your game. He’s probably thinking more about money and less about his game.

“It’s one of those situations where the player has got to be happy with what he’s got. I can never understand these wrangles over contracts.”