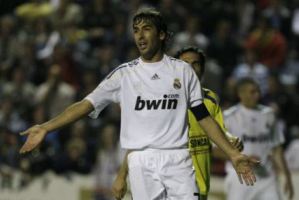 Real Madrid has been knocked out of the Copa Del Rey by third division side Alcorcon.

Real was beaten 4-0 by Alcorcon in the first leg of the tie and Real found it difficult to get past the Alcorcon defence in the second leg in which Real won 1-0.

However the win was not enough and Alcorcon now goes through to the next round of the Copa Del Rey.

Having invested around £250million on new players during the summer, including Cristiano Ronaldo from Manchester United, Real president Florentino Perez expected more from Galacticos II.